To share your memory on the wall of Arthur Shrout, sign in using one of the following options:

To send flowers to the family or plant a tree in memory of Arthur L Shrout, please visit our Heartfelt Sympathies Store.

The insignias listed here may be subject to copyright and/or trademarked. Those copyrights and trademarks are owned by the respective organizations.

We encourage you to share your most beloved memories of Arthur here, so that the family and other loved ones can always see it. You can upload cherished photographs, or share your favorite stories, and can even comment on those shared by others.

Posted Jul 17, 2020 at 06:20pm
Dee & family,
We are very sorry to hear about Art. Growing up we always had a great time together whenever our family would come to Cleveland. All day I have been thinking about all the football and baseball games that all of us cousins would play, either behind our grandparents' apartment building, the church parking lot near their home on Hawthorne, and sometimes in the street in front of their house. We know he will be missed.
Comment Share
Share via: 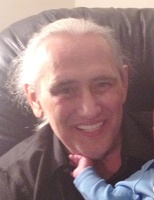